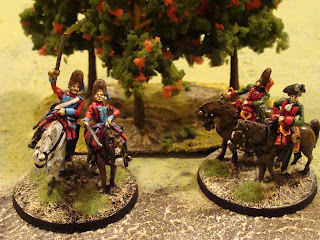 Posted by Independentwargamesgroup at Thursday, March 18, 2010 No comments: 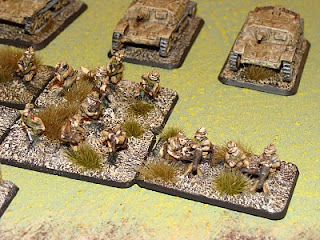 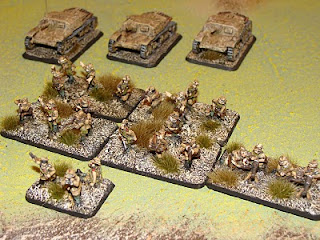 My first Italian infantry and semovante....
I had a right chew making up the semovante,as I managed to put the tracks on the wrong way. It is a long time since I used tanks so I have an excuse. Anyway I am pleased with the result,only the rest of the army to complete.
Onwards and upwards.
I am waiting my first order from Flames of War,and I am intrigued to see how the figures compare.I enjoyed the painting,I only hope I can continue in the same vein.
Posted by Independentwargamesgroup at Thursday, March 18, 2010 2 comments:

Last night,while buying Old Glory WW11 Italians,Andy Copestake showed me his latest releases from Jackdaw. These figures are just getting better,and consist of SYW British. The figures dont have loose arms which need glueing, and are excellent,with loads of character.
They are designed to look like Willie figures,but are better anatomically,but still have the charm of Willie figures.Andy also had a few French grenadiers in bearskin and some women camp followers which I cant wait to paint.
He tells me the French dragoons are nearly ready for release,there goes my pin money again.
Posted by Independentwargamesgroup at Friday, March 12, 2010 No comments:

The title sounds momentous but I have been really busy at work, which is a bit confusing as I was officially able to retire on the 10th March,so I thought I should be winding down,but anyway, I go on.........
I dont know how its happened but John my long suffering wargame opponent has talked me into taking up the WW11 mantle. It is years since we gamed this period,when we had really large Airfix armies with some really well painted armour, [where are these models now].
I can remember the periscope that we had to view the line of sight,an innovation at the time.
Anyway loving the underdog I have opted for the Italian Army in 15mm,and have bought the Old Glory infantry packs and some Semovante to start. I have also been talked into going the Flames of War route rules wise,the idea being they are simple to use and enjoyable to boot.
Now all I need are the tanks,artillery wagons and Foglore troops....and more importantly some time.
Whilst I have been under pressure at work, I try to unwind by escaping into wargaming literature,invariably I grab my well thumbed copy of Harry Pearsons 'Achtung Schweinhund, and read it again for the umpteenth time.
Being from the same neck of the woods as Pearson, I find it uncanny that I can empathise and identify with most of his writings.In fact this should of been the book that I should have wrote,the only difference being that I got the Napoleonic bug early on, and am a great admirer of Steve Hezzlewoods modelling skills and I dont come from Smogsville. Like all of Harry Pearsons work it is both funny,informative and full of pathos [ I should be paid for this] the book should be handed to all wargaming widows to read,digest and then discuss with their respective partners. Anyway now to go looking for some suitable paint for the Lybian desert.....
Posted by Independentwargamesgroup at Thursday, March 11, 2010 No comments: