What is a Wargamer. 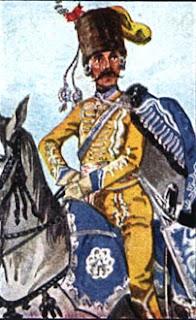 Fresh from recovering from a cyber attack on my e mail system [ thanks T**t] I have been catching up on other peoples blogs.
﻿Having just read Andy Copestake's blog [ glorious little soldiers ]about what is a wargamer, I think I would like to attempt to put my spin [horrible word that] on Andy's question.
Wargamers come in many guises,which is great really,otherwise it would be a very boring hobby.
The best ones in my opinion,enjoy the hobby for what it is. It is Enjoying military history,reading copious amounts of books which are either directly linked to ones interest, or indirectly linked through fictional accounts of people in history.
It is about painting [ and now to a lesser degree modelling] toy soldiers. You dont have to be a Kevin Dallimore but you must give the figure your best shot. Its about enthusiasm and encouraging people who would like to be a part of the hobby, dont turn them away,communicate with them.
Most importantly its about enjoying the hobby for what it is and just having a bit of fun,without taking it too seriously.
In the 80's and early 90's the fun was taken out of the hobby. I think to a certain extent it was an attempt to be taken very seriously, [no we are not playing with soldiers,we are re enacting history with actual scale models and terrain,coupled to piles of rules, blah,blah.]
It was a ridiculous concept which still permeates through the hobby. Lets be truthful we enjoy collecting beautiful toy soldiers,the brighter the uniform or costume the better.
I used to love looking at pictures in the Blandford book of world uniforms and getting strangely excited at the sight of Simon Bolivars bodyguard [ its probably an offence now] or the 7th Neopolitan line regiment [ Africa]  Just enjoy the hobby for what it is. I cannot think what I would have done if I hadn't trod the wargaming path, I certainly would have been a lot richer,monetarywise, but I would have been a lot poorer knowledge and ability wise.
When things  got too much in my life,I could always switch problems and focus on my latest purchase,or figure that needed finishing off.
I still think there is a lot of people who simply collect figures and have no desire to move them around a table,or throw dice near them. It doesnt make them wargamers in my eyes,but they still contribute to the hobby through their research.
What doesn't make a wargamer in my eyes is a person, who criticises other peoples painting,game, rules or view of how certain battles were fought. History was always written by the victor, witness Tony Blairs view of the Iraq war [ war criminal or visionary?  answers on a postcard to the Hague] so really we cant give a definitive answer to any battle in history,the daftest view might actually be right.
Saying that I can remember being pulled at a show where we were exhibiting a lovely reconstruction of the Battle of Austerlitz and being criticised for having swans on the frozen lake!!! They couldnt have been there, [oh yeah,were you at the battle mate,my game my swans] It still rankles [ probably because they were right]
Getting away from my rant, there are a couple of things that I disagree with on Andys blog. Fantasy does have a place in the wargaming world, it certainly is an oppourtunity to capture younger gamers, and Lord of the Rings is a great piece of literature, [discuss] 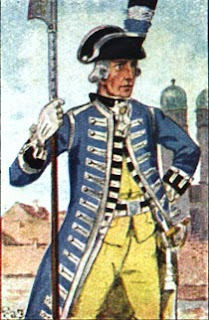 The last thing to being a wargamer is bathing regularly, enjoy.
Posted by Independentwargamesgroup at Saturday, June 04, 2011