1913 A significant year for wargaming. 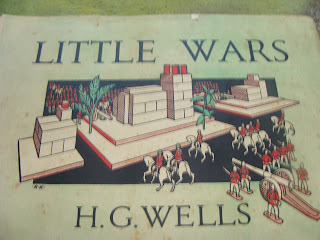 1913 was the year H.G.WELLS first  had published LITTLE WARS,which certainly in the USA, and by me is seen as the start of modern wargaming.
I know the Prussian's had their wargame, but Wells, book was more about fun,and the emphasis was on gaming.
Donald Featherstone carried the book right through the war. As a consequence Donald Featherstone and the small band of toy soldier misfits began creating the hobby we have now.
I call them misfits,because lets be right,playing with toy soldiers hardly ranks as 'normal behaviour' and certainly some of the group were a little bit eccentric.
Still it got me into a hobby which if I hadn't discovered would have made my life pretty empty.I would have probably taken up golf or something similar, God forbid.
Personally I think the centenary should be marked in a lot of ways, a special edition from some of the wargaming magazines, although I cant see Wargames Illustrated latching onto the concept, but I might be wrong. Certainly Battlegames with its vintage ethic,should take up the mantle of celebration.
I do hope Miniature Wargames does something to mark the 100 years.
I think,once I've spoken to John that is, that we should put on some sort of display just to give people an idea of were wargaming evolved from.
I dont think I can stretch to some Britains,and a couple of naval guns, but perhaps,some sort of visual display might be in the offing.
Anyway,just to make wargamers aware,and something to think about. 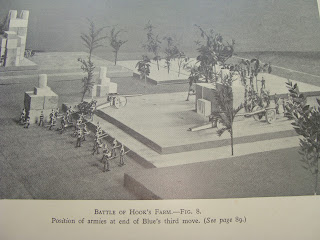 Posted by Independentwargamesgroup at Friday, August 10, 2012