I think it is very gratifying that so many wargamers have taken the time to reply to my musings, ie last nights post.
Its also nice that while we have different views, we [ I mean wargamers] know that playing with soldiers, is really a wonderful but harmless hobby.
Thinking about it more deeply, I have to admit I am attracted by the ' glamour' of war.
What male wouldnt like to don the uniform of Napoleon's Chasseur a Cheval of the Garde.
Bugger the fact he tried to take over Europe, he knew how to dress his men to look good. It still doesnt make my love of military history and playing with toy soldiers somehow wrong. Far from it really.
Anyway thanks for all the comments, and yes Andy I will be at Gateshead, hopefully buying more soldiers.
Which leads my indirectly on to a Kevin Bacon moment, ie favourite uniforms throughout history.
In Achtung Schweinhund, Harry Pearson [ where is he by the way?] talked of Blandfords military uniforms of the world book and his top ten of uniforms in the book.
Well, in third place, I have to admit I have a huge soft spot for the uniform of the Grenadiers of the 7th regiment from the kingdom of Naples, ie the regiment Africa, 1812. The white bearskin, and yellow facings always looked the dogs bollocks, ignoring the fact they weren't very good troops.
In second place is the attire of any Polish winged hussar, especially if they are resplendent in a tiger skin, not really a uniform per se, but its my list.
In number one spot, and still there after twenty plus years, the Lancer de Berg, original uniform, of white and deep crimson. My definite babe magnet attire. 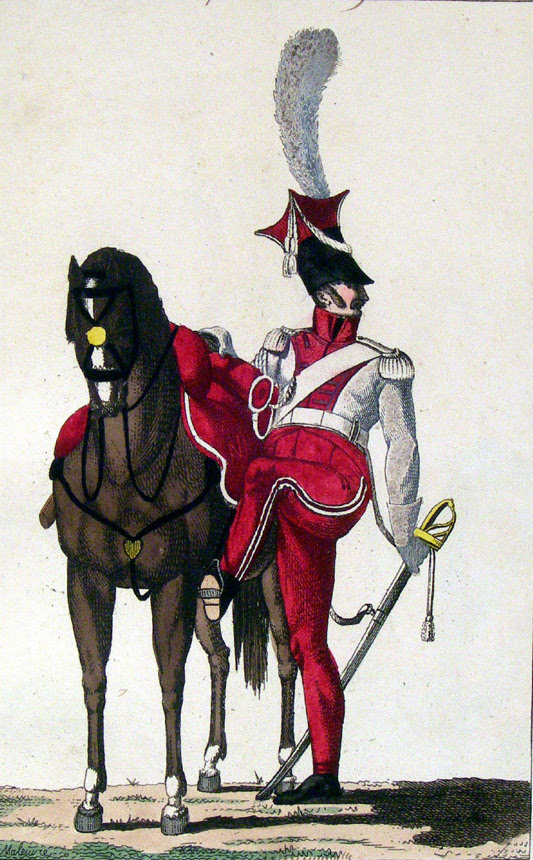 Posted by Independentwargamesgroup at Thursday, August 29, 2013