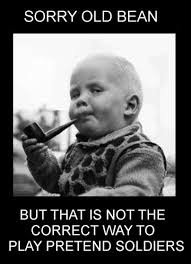 I was re reading the latest edition of Miniature Wargames the other night, [ issue 382] struggling to find something mildly interesting, when I read an article by Mike Hobbs, titled Passing the Torch.
Basically in order to answer the doom laden predictions of various wargamers of maturing age, Mr Hobbs described the goings on at the Cardiff Wargames Club, which sounds a pretty decent set up.
Its always interesting to come outside of my wargaming bubble and find out what the future holds for wargaming in general. Somehow I dont see the future as too bright.
Its clear that wargaming in Cardiff is thriving which is great news, what also appears clear is that if this is replicated across the United Kingdom, and the world, then wargaming as I have known it is fast disappearing.
It could explain the increasing trend that I have seen at wargaming shows, in rules, and in figure manufacturers for much smaller, skirmish type, history light wargames.
If the Cardiff group is typical, and I cant see why it shouldnt be, then the new breed of wargamers is fixated upon lists of units that have 'special'  abilities,equipment, and such like, in fact that old chestnut, 'List Building' a la Wargames Research Group like wargaming.
Basically attempting to find a unit of troops with that winning ability. God help us!
So the next generation of wargamers appear to want the following,
1] rules that are easy to learn and play[ fair enough]
2] they want figures that are quality castings [again fair enough]
3] they dont want to spend a lot of time researching the history around the game they are fighting, hence the popularity of rules such as Flames of War, Saga, Bolt Action etc, where everything is basically in the book provided.
4] Apparently a big plus for the new generation of wargamers is List Building, that is the ability to trawl through the rules purchased to find a winning combination of troop types which then go on to sweep the wargame field of their opponents.
Lists have always troubled me. Who has compiled these lists? Which expert, who must have knowledge that no other historian of wargamer possesses is able to draw up a list abilities and equipment that can create a super unit.
I was always stumped when Bruce Quarrie brought out his Napoleonic rules with table of National characteristics, right so you want to be Spanish, well that means your sneaky, lazy, stupid and cruel, that will be a 5 factor then. Christ is that what the future holds for wargaming. Come on, surely the last fifty odd years has producded something more than this.
As touched upon earlier, I have noticed for a while a trend towards much smaller display games, fewer figures and occasionally abstract games.I think I now understand why this is, obviously the new generation of wargamers is exhibiting the type of games that they see as the future of wargaming.
Its like being told that the world isn't flat, and the Pope isn't infallible.
I think if this is the future then a lot of wargaming companies had better re appraise their business plans, because their latest release, of well researched historical figures is going to crash and burn.
I also advise them to consider producing a set of simplistic rules, filling it with loads of lists of obscure weapons and attributes and then producing a small range of very expensive toys with stick on bits. Oh and charge shit loads of money for each upgraded figure.
They could even change the name of their companies to something like Games Research Workshop Group.
Any wargamer who has taken the trouble to paint a Spanish Napoleonic army [ me] or a Neapolitan Napoleonic army [me] has become obsolete overnight, because clearly the underdog is finished.
The future looks to hold, super units consisting of the SAS on steroids, or a whole army of Imperial Guardsmen drunk on winning. Now is that what wargaming should be about?
I am clearly showing my age here, but perhaps the older wargamer who attends these clubs, ie Cardiff, should consider setting up a more historic game, for these youngsters and attempting to show them that its not all about small ready made simplistic games, but actually wargaming is also about reading about history, researching various armies, and generally attempting to learn as you are having fun.
The final paragraph in the Mike Hobbs article says its time to pass the torch to the new safe pair of hands belonging to the next generation.
Personally I would rather use the lit torch in a more delicate place.
Here endeth the rant................ 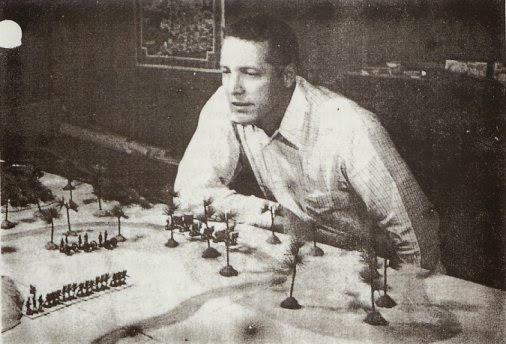 Posted by Independentwargamesgroup at Tuesday, February 10, 2015