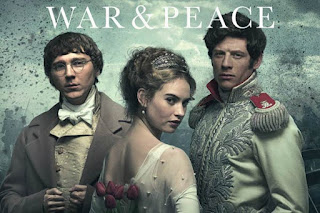 I try not to watch a lot of television, as I get bored fairly quickly, although at Christmas I do make an exception. Tonight however I will make an effort as the new Boewulf starts, which was filmed about twenty miles up the road. Also War and Peace starts tonight, which is a given that I will watch, even though it clashes with the new spy series based around Berlin. So wargaming will unfortunately take a back seat. 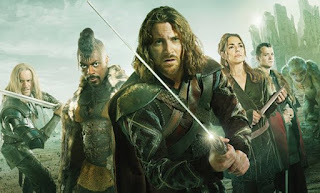 One thing I have discovered is that buying some 54mm plastic action figures for a wargame is not as easy as I thought, and certainly not as cheap as I hoped. I am however very impressed with the number of people who use the scale and the material, and can see the attraction in the use of such figures.
So between the Sci Fi movement, fantasy and now large scale plastic based battles wargaming seems to have even more sub genres than I thought. It just shows how insular one can become, and how out of touch with other peoples hobbies. All of which seem very relevant.
I know, I stated that I intended to concentrate on a small group of periods, which is still my intention, but for the Middlesbrough show in July, which I would like to exhibit at, I thought a large scale Lion Rampant game would look pretty decent.
I also thought that 54mm plastic figures would be better to handle for any would be wargamer, coupled to the need for the figures to take a few knocks along the way.
So hopefully I will be able to source some decent figures, at a decent price. [Hopefully]

Posted by Independentwargamesgroup at Sunday, January 03, 2016