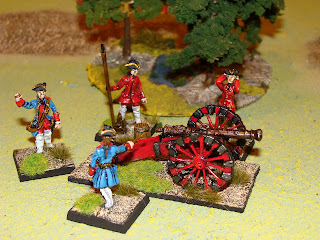 Its very sad that I hear that Terry Wise has passed away.
I have recently managed to buy two of his excellent books, Battle Gaming and Medieval Warfare. Both are great books,with lots of interesting information. My best memories remain however of  Mr Wise's  column in the Military Modelling called ' Observation Post'.
Like Donald Featherstone Terry pulled no punches and tended to call a spade a spade.
The column had some great observations and ideas littered amongst his pithy comments.
Sadly in the new world view  that has developed in  Britain pithy comments are frowned upon,if not howled down. I recommend that any readers interested in war gaming in general buy Mr Wise's books,especially  Medieval Warfare,which is a sound base for that period. I just wish I hadnt got rid of all my Military Modellings.

Posted by Independentwargamesgroup at Wednesday, August 25, 2010