The wargaming Capital of Britain? 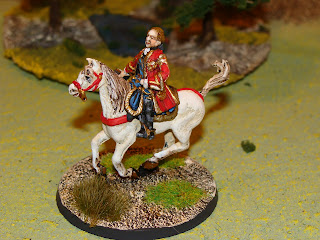 Its quite strange that Newark seems to be the epicentre of wargaming talent in England,if not in Great Britain. I suppose with the main sculpters for Games Workshop being based in the area it was inevitable that other talent would move there.
Yet looking back to the early 70's as one does in doddering decripitude [nearly], the wargaming movement was scattered to the four winds,with two exceptions,Southampton and London. Obviously Donald Featherstone living in Southampton with Tony Bath on hand made that an important enclave,whilst London seemed to have a really active wargames club scene. Anyway what about County Durham. Well I remember the hefty talents of Derek Sharman. I met Derek initially when he was selling wargames figures from a small shop in Durham City,and then went on to fight with him on a couple of occasions in Bishop Auckland. I was particulary impressed with his very large Persian army, with Garrison Cataphracti and Eithiopian archers. I remember we used the rules Derek had written. They were pretty good for the time,but I wouldnt say he was the best wargamer Ive faced.The other time I gamed with him,he insisted on moving the Garde horse artillery close to the British line,and then managing to lose the whole battery through rifle fire,not the best move Ive seen in wargaming. Still I would describe Derek as more of an ideas man.
Derek was also the driving force behind some really big shows, and I mean several thousand strong at Durham Castle and Lumley castle. These were great venues,with lots of noisy re enactments going on outside the shows.
Derek also opened the first wargames shop that I ever knew, the Wargamers Den. I think even he would accept that whilst he was very enthusiastic,his business accumen was a bit chaotic. Sadly the shop shut,and Derek I believe moved north to the borders. Which just goes to show,if Derek had stuck in maybe the North East could have been the centre of wargaming in Britain,and I wouldnt have to trek south to see some top shows. A big word, IF. 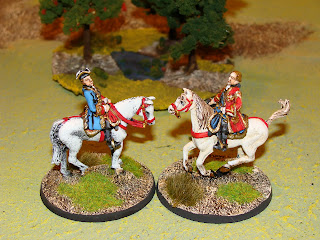 Posted by Independentwargamesgroup at Wednesday, August 18, 2010