Did they deserve the title' Great?'

I was re reading the latest Wargames Illustrated last night, and after reading Barry Hilton's article Personality Crisis I got to thinking as one is prone to do about history's treatment of certain of the 'great' war leaders.
Now I know Barry, and we always say hello when I see him at various shows, in fact I always seem to come away with a feeling of inadequacy when I have seen some of his wonderful games.
However, I do think he has it in for John Churchill. I am currently reading Winston Churchill's biography on his great relation and I know it may be a little biased, but to be fair Sir Winston does try to show both sides of the argument about the Duke of Marlborough.
Barry blithely describes Marlborough as 'dropping his old drinking buddy'. Now I know Barry is just playing a bit of devils advocate, but reading about all the problems Marlborough faced during his tenure in charge of the Dutch/ Imperial forces and what he was able to achieve in spite of these issues, I think it could be argued John Churchill deserved the title 'Great', not that it would have gone down too well at home.
Now the famous Greats, I think deserve to be looked at more closely. Frederick the Great in my eyes, and it is a personal view, was a little s@@t,, but of course Frederick the S''T doesn't have the same cachet.
The one description that I feel sums Frederick up, was when he was applauding and laughing at some of his grenadiers beating up a Silesian peasant in order to get information.
This is the man that legged it at Mollwitz at the first sign of defeat. Personally I think the Prussian rank and file carried Frederick to his title of 'Great', not that they received any thanks, after the war.
As this is only a post I am unable to really elaborate on this point of view.
This leads me on onto that giant of the battlefield Charles Xii of Sweden. In my eyes, he comes across as a complete inadequate. Again his army was a superb tool, and I think even Augustus the Strong of Saxony could have led it to victory.
I am always suspicious of people who turn down the offer of a good time from a beautiful woman, in this case the mother of Marshal de Saxe, and instead leg it out of the door, only returning when the Countess Kongismark had rode away. I think his encouragement to hanging women and children in Poland in an effort to get supplies out of them shows the real stature of the man.
I cannot argue with his bravery, or should that be recklessness but his legacy was to ruin Sweden.
No wonder that there is a strong suspicion that an assassin actually shot him through the head, to relieve everyone's misery.
And then of course there is Alexander the Great, who I have alluded to in a previous post. The army that he inherited from his father Philip was far superior to any other army at that time. Quality and high morale will always beat numbers and poor morale.
Alexander believed too much in his own immortality and not enough in what he was trying to achieve.
His successor generals showed a far higher standard of tactical skill in their wars and most had a clear strategic goal. If greatness means having Colin Farrell play you in that dreadful film, then you can keep greatness.
So where is this leading one may ask, well being a sad male I like lists, and I think it would be an interesting experiment to compile a list of commanders that deserved the title great, but never received the plaudit. For me it would have to be Marshal Davout who far outshone the rest of the marshalate and it can be argued that even Napoleon was envious of.
The period when he commanded the third corps in Prussia and Russia showed the stamp of the man, and yes I know his troops were of a very high standard, but it was Davout that oversaw the training of them. I know its all subjective but greatness should be grasped and fought for, being able to write French poetry and playing a violin hardly constitutes greatness. 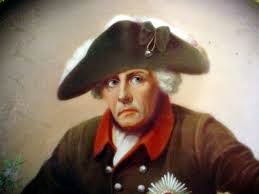 Posted by Independentwargamesgroup at Tuesday, August 12, 2014