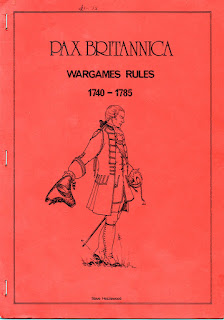 I always make the effort to read any comments placed on my blogs, and answer them in some probably flippant way. Anyway following my latest post, regarding a re fight of the Battle of Chotusitz and the vagaries of command ratings affecting the game, I noticed that Jim Purky of Minden Miniatures and SYW Association fame mentioned that he would never use such a mechanism. Nothing wrong with that, and I understand why some gamers don't like the uncertainty of having to throw command dice in order to move a unit or brigade.
But it got me thinking as to when I made the step over to such a device and why I adopted it without any problem.
I have followed the usual path for a wargamer of some years. I am of sufficient age to have been brought up on the Victor comic, the Commando book and Airfix soldiers. So naturally the wargames rules that I started with were, local club rules [ although I have never been the member of a club] Wargames Research Group and the odd printed tome,including the dreaded Bruce Quarrie Napoleonic rules.
All the rules I have used in these years were fine and were of their time.The emphasis seemed to be upon complexity and attempting to make the rules appear realistic and mirroring war.
Sometime in the 1980's, John Reidy my arch nemesis, made the quantum leap whereby he sold all his wonderful 25mm figures and replaced them with 6mm figures from the fast developing and wonderful Irregular Miniatures ranges. I followed suit, and with the change in scales we found that we needed a different type of rules. Ones that played the bigger picture. Initially we used rules written by John, and then along came Volley and Bayonet which provided a great and exciting game for the wargaming megalomaniac.
The feature of all the rules that I used up to this point was that I could effectively when acting as the C n C, move any or all my army when reacting to a developing situation. I was safe in the knowledge that my imaginary orders would get through to the respective troops, and they would be acted upon as I had wanted.
Not really realistic though. No fubar, no chance that the order didn't get through or was misinterpreted.
Like most things in my life what happened next in my wargaming world, just evolved and was not pre planned.I began to hanker after the beautiful large figures that I had owned in the 1970's and 1980's and took the step of building up SYW armies in 30mm. A short while later the Black powder wargames rules came upon the scene and command rules were introduced into my wargames.
With the release of the Honours of War and to a certain extent the Blucher rules, command ratings have developed and matured, allowing a fair degree of tension and uncertainty into my wargames.
Nothing is now set in stone as regards a wargame, as witnessed by me in the Chotusitz re fight.
Frustrating? yes. Annoying, perhaps, but it certainly adds to the game and makes one think carefully about what you are attempting to achieve, as you also should plan for a failed order as well as a unit being able to move.
Do the use of command throws make the game more enjoyable and do they add something to the whole event. I certainly believe they do and I certainly think they bring a small amount of realism to the wargame as nothing is now certain.
Its hardly ground breaking stuff, but it does add something to the whole wargame.
I would hate to go back to being able to knowing that I could react to every situation with impunity.

No worries about the troops not being able to move in this game. 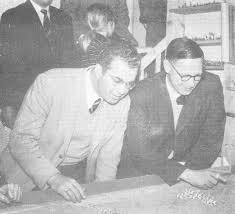 Posted by Independentwargamesgroup at Saturday, January 09, 2016